We greet Yoshi Sislay on the terrace of the Yurbban Trafalgar hotel with a sun worthy of the month of May. However, as we are in the middle of January, the artist is wearing a coat with two pins on the lapel. One of them reads “Have a nice day” and on the other we see an illustration of his depicting a bird flying. This is just how he is, Yoshi is a happy and carefree person and that is what is reflected in his work.

In this case, the illustration to be found this 2020 on the terrace of the hotel represents an imaginary of all class of marine references suspended in the sky of Barcelona. Marine fauna, animals, algae and a nod or two to some symbolic building in the city. Yoshi wants the impossible to become possible through his finely-drawn illustrations. The felt-tip is his favorite brush and in this case the canvas is the 360 views of all of Barcelona.

Is Yoshi your name or your nickname?

Yoshi is my name, which in Japanese means “Forever beautiful”. When I lived in the United States I worked as a DJ, I sang Rap and Hip-Hop and that led to my friends calling me Sislay. It was like a code among buddies, so I merged both and that’s where my artistic name was born: Yoshi Sislay.

Do you follow any rituals in your day to day?

Every morning, when I wake up, I take my dog for a walk around Ciudadela park. Wellington Street is my favorite and I take the opportunity to walk around there and start the day in peace and quiet. In any case, I don´t like to follow routines, I prefer that each day be different and not have it planned out. 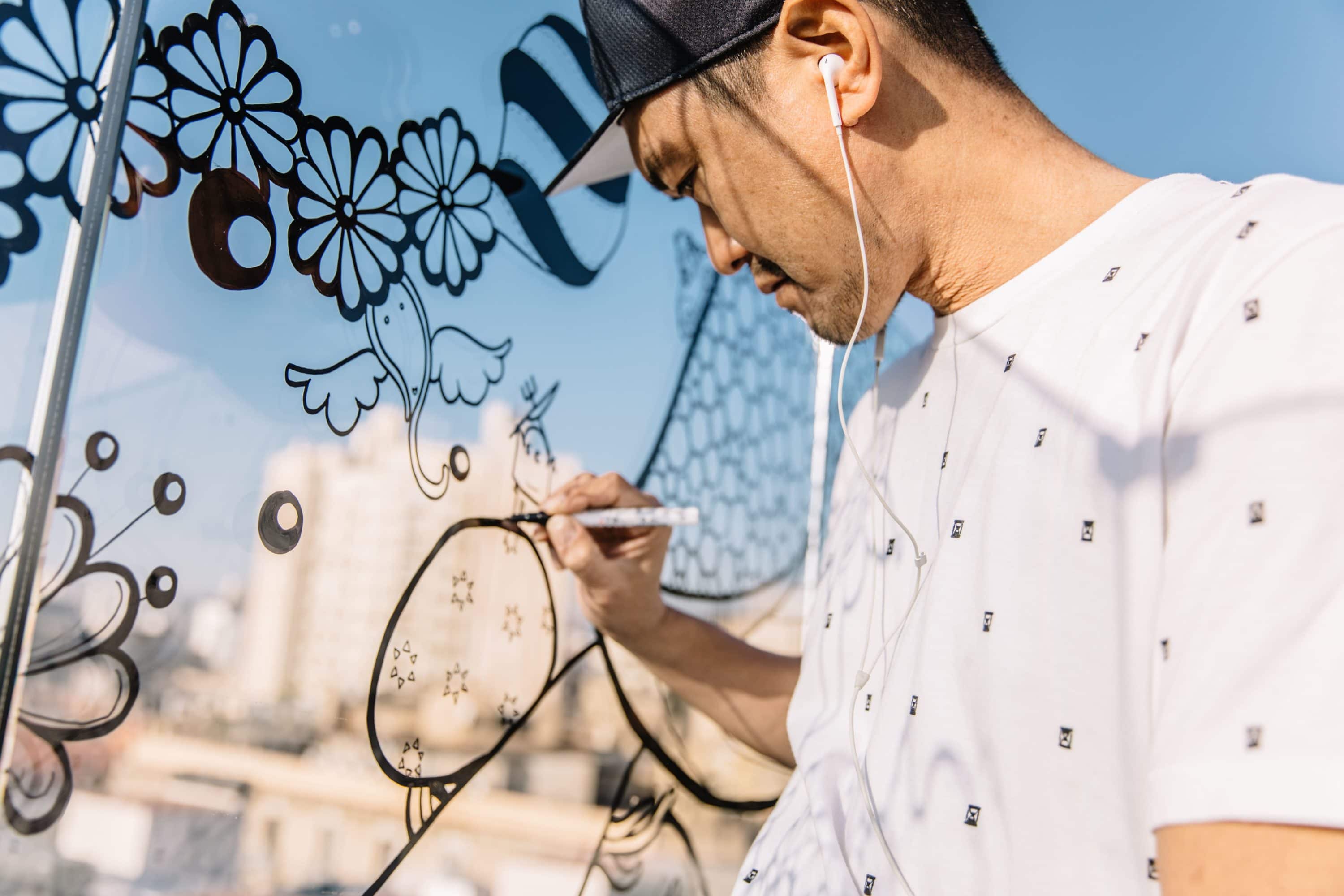 What are you inspired by (books, movies, exhibitions, artists, trips …)? How would you define your work or creative process?

I like the work of Jakuchu Ito, a Japanese artist who paints mostly animals and natural landscapes. From his work I like the artisanal process and the elegance that his paintings breathe. I also get inspired and work through music and comedy. I take influence from the world of comics and graffiti. What I value most is working from scratch, on a blank canvas. I like it when, through imagination, fantasy becomes reality, in the illustration of the Rooftop of Yurbban Trafalgar you can see fish flying. Finding that freedom within the work is what I love.

What is your hobby?

I like to play football, listen to music and read comics.

How did you go from living in Japan to Barcelona?

I left Japan many years ago, when I was young. From there I went on to live in the United States, then London, New Zealand … and I have been traveling throughout my life. Finally I had to decide where I wanted to settle down and live doing what I like. Barcelona seemed like a great city where I could live off of art, surrounded by the good weather and a Mediterranean atmosphere. That was more than 15 years ago. We have created a family with my partner (also an artist, a ceramicist in her case) and in Barcelona I am happy. 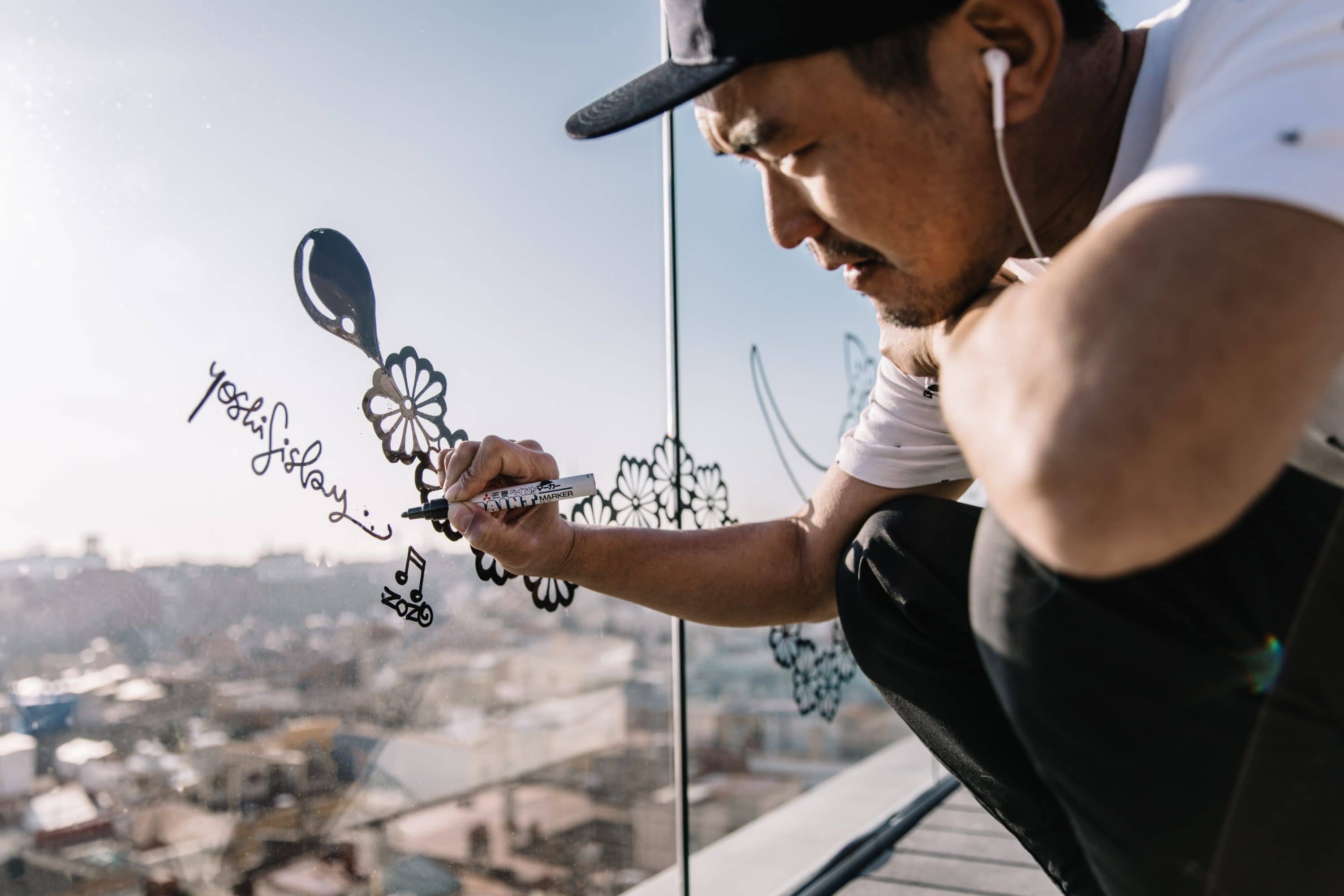 Do you maintain any Japanese rituals or connection with your origins?

I don’t follow rituals, but I can say that I love cooking Japanese food. I always try to cook with natural products and not eat anything processed. If we are talking about Asian food, I love sashimi with sake. And of Spanish food, I love Galician octopus, anchovies or seafood. This I know well, my partner is from northern Spain and “I have it at home.”

A moment of the day

I would call myself nocturnal. It’s when I feel the most awake and when I focus my energy on whatever objective I have.

Finally, we have asked Yoshi to represent himself in illustrated version: 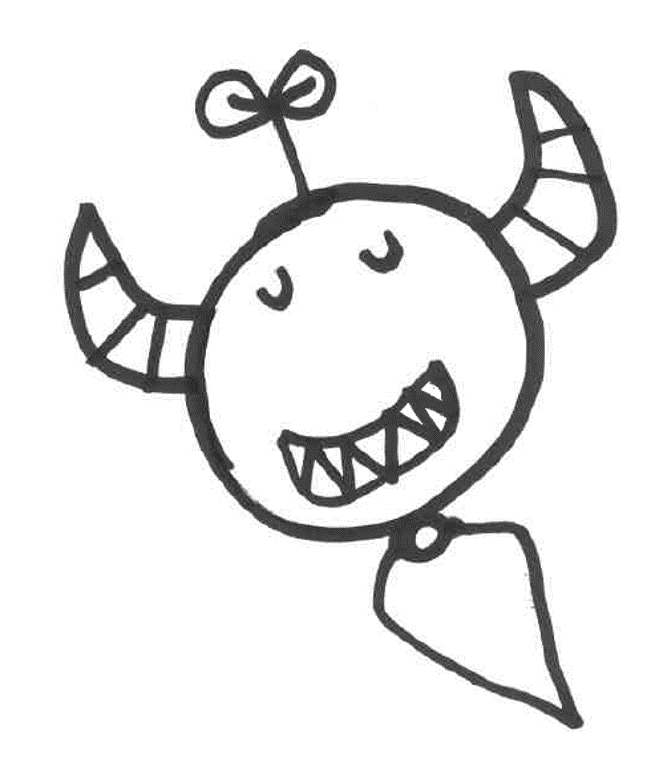